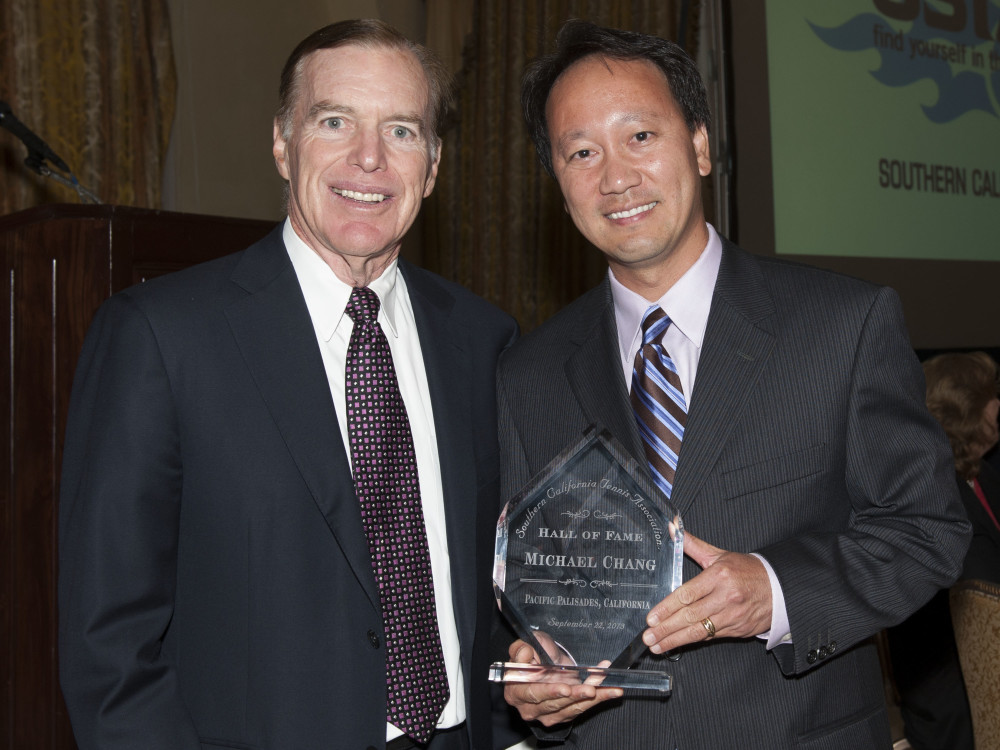 For a lifetime of outstanding tennis accomplishments, Michael Chang, best known as the youngest Grand Slam singles winner, has been inducted into the Southern California Tennis Association Hall of Fame! Hundreds of people were on hand at the 2013 induction ceremony as Michael was acknowledged for his tennis success, his character on the court, and his unwavering faith. Included in his induction was a highlight video of some of Michael’s accomplishments.

Michael was accompanied by his wife Amber, their two daughters, his parents, and his brother and coach Carl Chang, and his family.

Along with Michael Chang, five other world renowned tennis players were inducted into the SCTA Hall of Fame: Vic Braden, Lindsay Davenport, Rick Leach, Gil Shea, and Kathy Willette. This year’s ceremony was held at the Riviera Country Club in Pacific Palisades.